It was a sliding doors moment, though not so slick, so finely calibrated. Slow motion — but still a matter of timing. I was coming to a decision to leave Thailand — must have been early to mid March I think — and to go back to Europe to look for alternatives to my plan to commit myself to Red’s groundwater project. I was reconsidering everything, and succumbing perhaps to a desire at last to spend some more time in own language group and the culture of my own continent. I wanted to avoid making another mistake in terms of where I put my money and my effort. I wanted to get away from Red and her warrior heart for a while. I’d been offered a small apartment in Romania for 80 euros a month, and I was thinking of going there and just writing for a year or two.

But time had already run out on that plan. Suddenly everything was going haywire, and I realised that this was perhaps not the best time to settle somewhere where you don’t know anyone. So I decided to hang on until the crisis had died down, not realising the seriousness of the situation or just how unbelievably long it would drag out.

The Thai government granted a visa amnesty till the end of April, sparing me another weird parade at immigration. (Are these not the dullest masquerades ever held, the most insipid carnivali ever devised?) After that, I didn’t know. End of April would be way too soon to travel. I would have to stay on, legally or not. As the situation across the world got worse and worse, I looked at that field where Red wants to plant her agro-forest, where I’d spent three days thrashing around in the final sugar crop helping the old man pull the hoses out, and thought, I’m going to have to do this.

Red needed my investment for groundwater irrigation wells, ponds and canals. Money that could sustain my writing for maybe two years. But that alternative was off the table now. Events were forcing my hand.

So, go with it. Everything flows. You never step twice into the same river, or know the consequences, good or bad, of your decisions. Not until later. Sometimes never.

So do something, at least. Can’t just sit here in this weird suspension, looking at the view.

This is where I was when the music stopped. 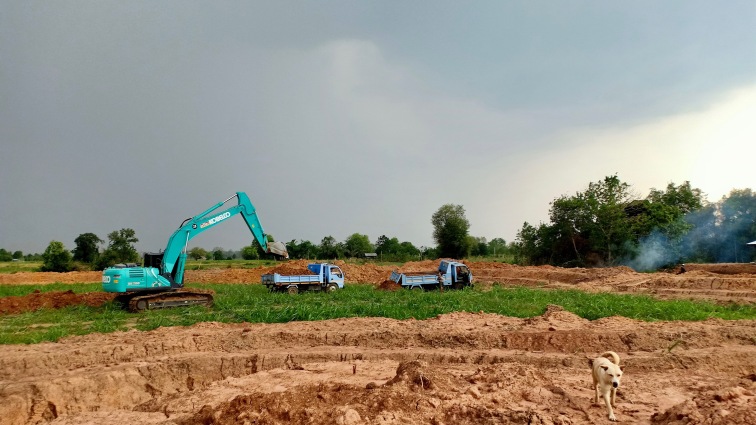